THERE IS NO ONE

In Principles Against Common Fallacies I wrote...

6. Nothing is indivisibly singular.

On Not Knowing What We Know

Here is an interesting quote: "Philosophy, like speaking prose, is something we have to do all our lives, well or badly, whether we notice it or not.  What usually forces us to notice it is conflict." - Mary Midgeley.

Philosophy can be taken in two ways - as ideas or as method. I'm sure we all use both without, for the most part, giving it much thought. We do not know what we know. We all take a huge range of ideas for granted and only think about them…

You can find my article on Buddhism and Creative Writing published in Buddhist Door magazine here.

Here is an article I find interesting and helpful bridging Zen and Pureland.

Things happen by small degrees. We set out to do some improvements in the big barn. To do that we had to empty the space. To empty the space we had to build a shed in which to put things - two sheds, in fact. To build sheds is quite a big job, but before you can get started on it you need to lay a base of paving. Before you can lay the paving you have to clear the ground - also quite heavy work. In the meantime the grass is growing, paths in the forest need to be kept open, and a rash of…

This article was sent to me by a friend. It is quite long but definitely interesting and raises many important questions about the ultimate agenda of the mindfulness movement and the values that are inherent in it, suggesting that the leaders of the movement have ambitions to spread a value system that goes far beyond the basic definition of modern…

With some variations our current pattern is as follows. there is a snack lunch and at 6.30 or 7pm an evening meal and...

How the Cold War was (finally) Won/Lost

I expect that the following fictitious speculation will prove completely unfounded, but it is interesting to consider how impermanence can play out....

History Regarded from 2050
"Looking back on the early part of the 21st century, one can see that it was 2016 that was the turning point that has brought us to the position that we are in now at mid-century, when, rather as happened in the 20th century, everything that was taken for granted about the political order…

Yesterday the Labour MP Jo Cox was shot dead while campaigning to keep Britain in the European Union. A sad day. It is horrid to see politics degenerating into violence.

A friend passed on this message from a friend of hers...

"Nothing, recently , has shocked me more than yesterday’s senseless , horrible murder of Jo Cox , a young British MP , mother of two and only just 41 years old ...  Why ?  “ Morte pour l’Europe “ said the front page of our local newspaper .. but I’m am…

DILEMMAS ABOUT DOGEN OR DOGEN'S DILEMMAS

Dogen Zenji is, perhaps, the most important figure in Zen in the history of Japan. I am working on a translation of Dogen's seminal text Genjo Koan. It is about enlightenment. It is written to a layperson. Later on Dogen writes other things that strongly suggest that it is virtually impossible for a lay person to be enlightened. Did Dogen change his mind? If so, why?

Dogen is known for being a dedicated advocate of zazen. It has the highest value in…

There is a nice little report here worth reflecting on

Charlene interviewed me for her network. You can listen to the interview here.

Apparently, the USA dropped 23,144 bombs in Middle Eastern countries in 2015 - not an exceptional number, even - what is the karma of this?

A bit more of the car 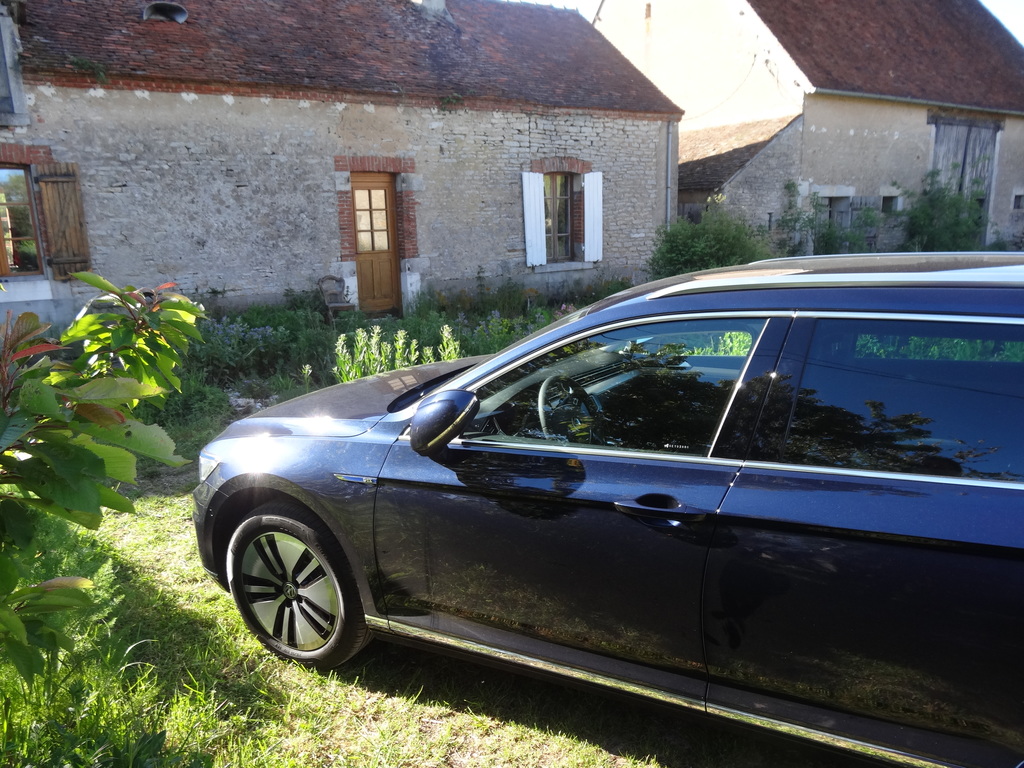 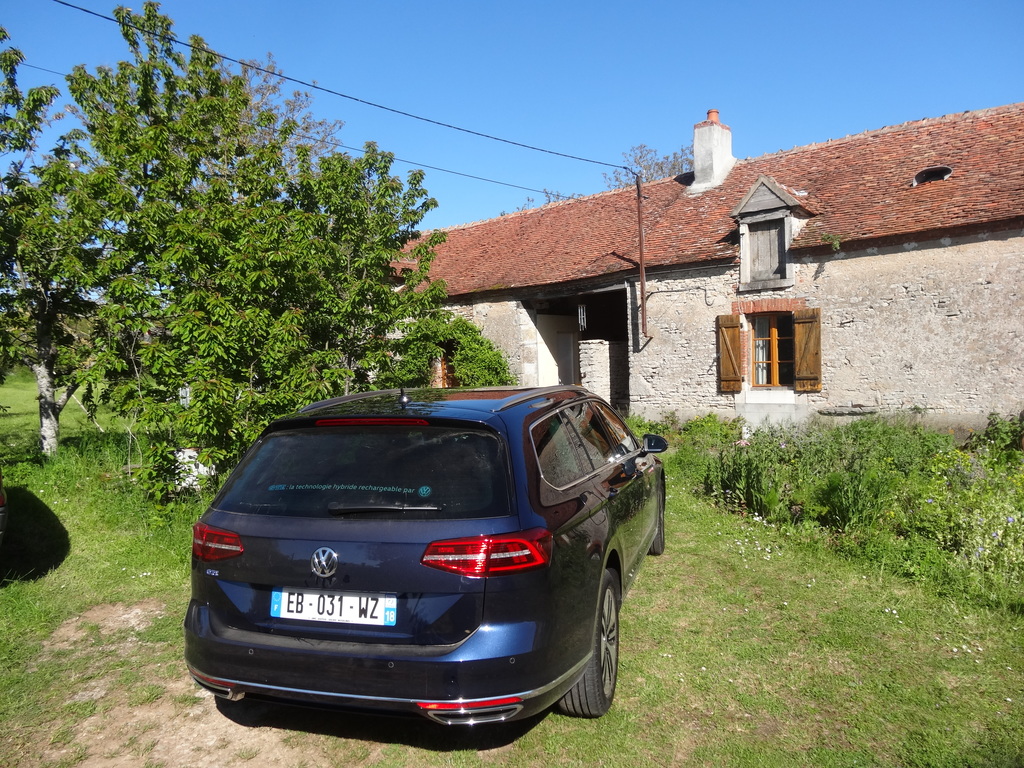 The BBC site has the following (my emphasis)

In the evening the Queen will be accompanied by Prince Philip, the Prince of Wales and Duchess of Cornwall, as she lights the first of more than 900 beacons across the UK and the world to mark her birthday.

Members of the Army cadet force will take beacons to the top of the highest peaks of England, Scotland, Wales and Northern Ireland.

Some of the beacons will be specially-built gas-fuelled structures, while…

Here at La Ville au Roi recently we have been a group of three or four all of whom are amitaryas in the Amida sangha or people interested in pursuing this possibility. This raises the question whether we can, in fact, develop a training programme here as one of the dimensions of what we do, so that the sense of this being a place where one can pursue and develop a vocation in the bodhisattva spirit could become a recognised element of the life here. In practice, this is already the case, but…

Reading the news these days one cannot be unaware of the American election. On the one hand it is quite entertaining with several larger than life characters. On the other hand, I have a sense that something of a tragedy is also unfolding as neither of the two political parties seems that happy in itself. This is especially true of the Republicans who seem to be tearing themselves apart. Beyond all the rhetoric and histrionics, one tries to discern deeper trends. Is it really America itself…

TO DEATH ~ A meditation

I did this meditation at the peak of my medical emergency, the day before I was admitted to hospital
You are close
You are a friend
You are darkness…
Continue

This is my artist daughter's web site... http://www.lizzydickie.com/

On 6 February, when I was still in hospital, a good friend in Spain sent me this lovely mail...

Yesterday I felt very worried and sad when I read the bad news, so today reading your own words and seeing your photo with your laptop and that healthy looking, made me feel a great relief and very happy for you. Besides, having your friends and family with you will be the best pill of all.

I usually go to my bedroom and sit there to do my meditation, As you know I…

A Vajrayana practitioner who uses this Buddha as the focus of his nundro practice commissioned me to paint this Buddha. This Buddha belongs to the Vajra Buddha family and is located in the east. There is a nice story about this Buddha. A monk who wanted to practice in the Eastern lands of delight, vowed to not let anger or rancor take up residence in his heart. With great determination he finally was able to not harbor any ill will towards any beings and in so doing achieved…