My medical condition continues to be a mystery. It is clear that I do not have any of the big nasty things - brain tumour, cracked skull, stroke, etc - as these have been ruled out by MRI investigation. Nonetheless I continue to have persistent, continuous head pain that varies in intensity and I become exhausted by the least effort so that I am functioning like an invalid incapable of doing very much. There is always a possibility that the whole syndrome is a…

We have just had our first Eleusis Seminar on the theme of the Philosophy of Taoism.

Sixteen people took part and from immediate feedback it seems to have been a great success.

We shall do more.

There is a second meeting of a more open kind this evening.

An interview connected with my next book

An interview connected with my next book

This is a podcast on Buddhism and Buddhist psychology

I’ve always been interested in groupwork. Recently I’ve been facilitating a rather challenging group. It includes an older man who is enjoying his retirement, an outdoor type who does not say so much but clearly regards the other members as wimps, a writer who has an irritating obsession with etymology, one I think of as the wanderer whose life problem seems to be that of never having learnt to settle down, who tells endless entertaining stories of travels, love affairs and so on, and I was…

Carol drove me into Ottawa at midday on Wednesday 12th. I had spent the morning being interviewed and making a short film. In Ottawa we had lunch at the vegetarian restaurant and then went on to the airport where she dropped me off. I was to take a local plane to Montreal then fly to Paris and on to Bilbao in Spain with Air France, due to arrive at nine in the morning local time the following day. F would meet me in Spain and take me back to stay with him in a village near Vittoria.…

I'd like to try to say something about real life, which is the only thing that is really interesting.

I have been a bookworm ever since I learnt to read, which was not until I was seven years old. By that time I had already had important spiritual experiences. I was a rather odd child. Many ideas went through my head that tended to set me apart from other children.

Mary was a dear friend and inspiration. I first met her when she came to a meditation class I was leading. Her husband had recently died and she was grieving. She did not need meditation, she just needed to grieve and that be OK, which it definitely was, but she continued to come to meetings and made a…

Running a Course in Korea and Elsewhere

I am currently leading courses on Buddhist psychology here in Seoul, Korea, but as I am putting the course onto this site as we go along, members of La Ville au Roi (Eleusis) are also responding so it is a bit as though the course is going on in several countries at the same time which is nice.

Today is the fourteenth anniversary of the death of Gisho Saiko. Sensei Saiko was the founder of Shinshu Counselling. He wrote a number of books and presented his ideas at international conferences as well as through his university and Buddhist organisations in Japan. He referred to my work in his books and when I visited Japan a few months before his death, he took on to invite me to a number of gatherings and hosted my wife and I in royal fashion. He was enthusiastic that I should play a… I am now near to the end of my stay in Italy. I have achieved my basic objectives of delivering some teaching and of learning basic Italian. I've also spent some good times with friends here of long standing and made some new ones. While here I attended language school and right now I feel like a schoolboy anticipating the end of term

It has been an interesting adventure internally. Not so much externally, as I have not ventured far nor done anything extraordinary. Weekdays I have…

I am currently in Milan - a fine city. This is the commercial hub of Italy, home of many big names and innumerable small enterprises that attract shoppers from all over the world. There is quite a strong sense of energy here. The biggest tourist attractions are La Scala and the Cathedral. 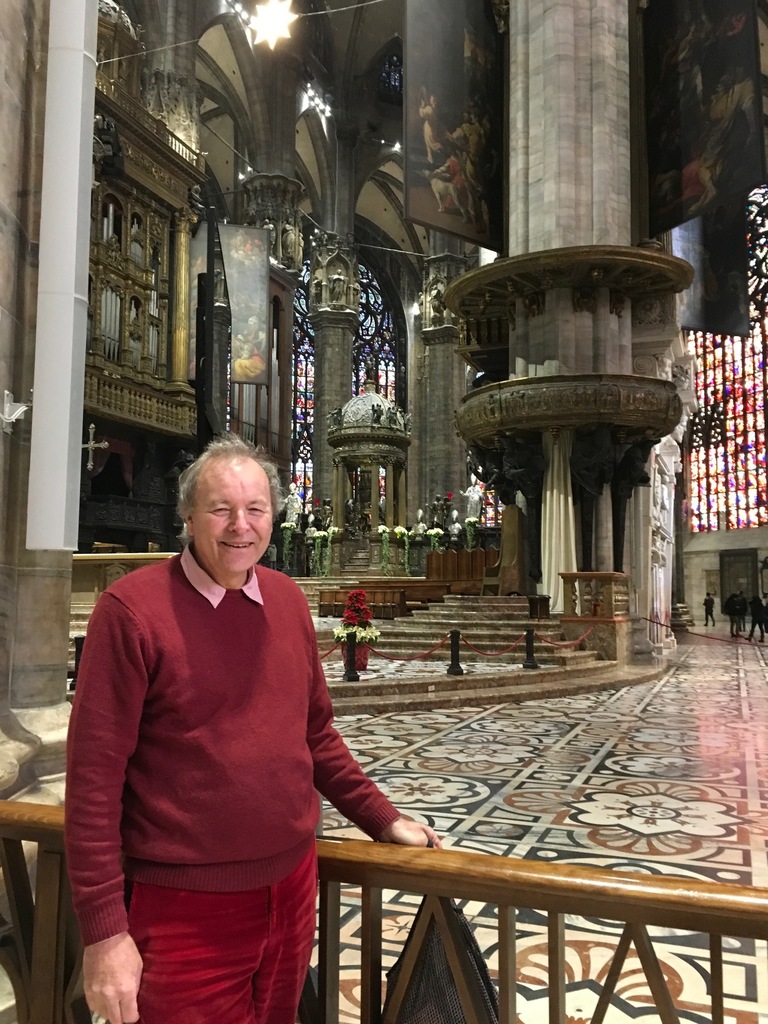 I have added two pages to the site - one about my mother and the other about my father.

ON BEING LIBERALLY DOGMATIC (rather than dogmatically liberal)

Last night I had a conversation in a restaurant in which a person reported the view that the religion of the future would be Zen because Zen was a religion without dogmas. This statement struck me with particular force because at the moment I am in the middle of reviewing a draft chapter by another author on "Eastern Meditation Meets the West" for a future publication. This chapter highlights the cultural filters that ideas have to pass through in order to get a stamp of approval by our…

On 8th July we had a meeting of six teachers at Oasis together with many visitors.

Each of the teachers gave a presentation on what they considered most significant in their practice. Then there was an extended lunch period for socialising and, finally a sessions of questions and answers.…

THIS MORNING WE SHARED DREAMS

One of the best of things is good breakfast conversation and after long deep sleep what better to discuss than the dreams of the night before? Dreams are both mysterious and revealing and the many different systems of interpretation can each throw some light or trigger us into reminiscences or sharing of hopes, fears and experiences. Eleusis is an excellent place for dream work as the closeness to nature induces good sleep and the magical atmosphere inspires imagery.

What seems to hold me in recent years is a sense of what could have been; how ecstatic living could have actually occurred within our living if we had been held in a different cultural paradigm.
This view is not embracing bitterness or blaming or even divisiveness. This amazing place we just seem to have appeared in, we know it's potential to nurture, to wisely inform and to grow mutual love.
It inspires me to view the utopian, it may just break out in some other time and place. That… Continue