The founder of the order is saint Alfonso, M. de Loguori, who lived in Naples (1696 – 1732) In this time people experienced God as a God of power, a God before whom one felt anxious. With this dark image of God a lot of poor people struggled, especially the people who where living on the countryside. The poor felt themselves victims of God, of the church and of the aristocracy. The talented intellectual Alphonsus felt compassion for the harrowing poverty amongst the people, in a spiritual and material way. That's why he founded the order for Redemptorists. He preached redemption for all people thanks to the love of God.

In the beginning of 1900 the order of the Redemptorists found established itself in this monastery in Den Bosch, a male community of monks and priests. Very soon the monastery building needed to expand for their noviciate. Before new people could come into the order they had to pass a probation time from a year or two as a postulant. During this time the postulant became prepared for life in a monastery. They had to wear a black robe and they lived completely separated from the outside world and the other priests and monks. Taking refuge in the Sangha

In the current monastery only women are living in the part of the building that once was the noviciate. So I am a guest in the building that once was the quarters of male postulants. I find it quite special because I have the feeling that I am having my first experience as a (Buddhist) postulant here in this monastery. I shaved off my hair as a sign of my commitment to this new life, and without having a steady home in Holland I found shelter in this nice community. In a certain way I quite literally took refuge in the Sangha. Thanks to Ines, who is living here and who is also a member of my Sanga in Den Bosch, I have found a temporary home for a couple of months.

I read more details about the life of the postulants of the order of Redemptorists. The postulants had no personal possessions. After their noviciate they ended this period with vows and entered the order to start their education to become a priest. There were two types of priest. One type of priest where mobile. They travelled around the world on missions. And the other kind of priest were connected to one place, a church or a monastery. This seems quite similar to the life of priest in the Amida Order.

Between the lines in the history book you can read that the life of the postulants was not that easy. Daily life had a very strict regime. Every minute seems to be regulated for the men. Marije told me that a couple of years ago there was an anniversary of the 25 years existence of the current community. They invited some of the old novices who once lived here. They were now in their 80 s and 90s. They told stories about the time they have lived here. And some of them came here with mixed feelings, maybe even some anxiousness.

Marije has been quite touched by meeting these old novices and she told me that one moment they started to recite old hymns together, which was beautiful.

Traces of the Chapel

It is quite interesting that this place once was a male monastery and now it is a place for women only. The energy is completely changed. I asked Marije if I can see the chapel but the chapel has now almost completely disappeared because they have built apartments in it. But Marije took me to the part of the building that once was the chapel and there I found some traces of the old building.... Two beautiful leaded windows! The only ones left in the building: one with an image of Maria Magdalene (her name is written in the window) and another window with sunflowers and the word 'Obidienzia' - I think it is Italian for Obedience... 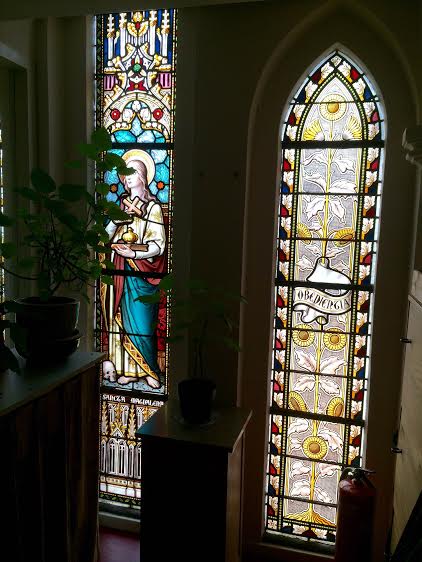 Maria Magdalena is one of the remains of this old male monastery. I wonder what Maria Magdalena meant for the men living here in this monastery and then this window besides her 'obedience'... Nowadays this is not a very popular word. And then I think about a story that is written in the history book Marije gave me. One of the old novices is telling that they had 'politeness lessons' in the monastery. One of the things he had learned was to eat asparagus in a decent way... quite a funny story. You can eat them decent... but no one can see what is going on in a man's mind while he is eating them.

The window 'obienzia is puzzling me. It is quite a strong word 'obedience'. Obedience to whom? Yes... of course God. I wonder what obedience mean in Buddhism. Gautama Buddha was someone who said I am not a teacher, don't worship me, you have to follow your own Dharma path. I have the feeling that 'obedience' has a certain significance on every spiritual path, in every spiritual training. It is not a word we like. Because with the word obedience we think of authority, give up your free will, maybe we even think of punishment.

But I find it quite interesting to explore the word 'to obey'. What is the authentic meaning of this word? The Dutch word for to obey is 'gehoorzamen'. The literally meaning of this word is 'to hear – together'. When I search for 'to obey' in the English etymology dictionary I find:

Both meanings are quite nice and friendly: The source of the meaning from this word is 'to hear' and 'to listen'.

Not on my Curriculum Vitae 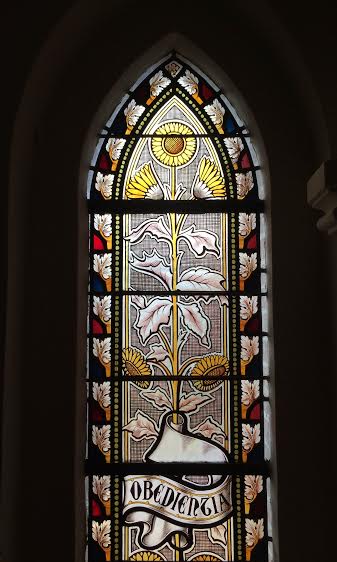 To be obedient is not a word I would immediately choose to put on my Curriculum Vitae as a quality I have and to be proud of. But while I am exploring this word I feel attracted to it. Beyond my first resistance I recognise the modest attitude that is necessary to be obedient, to hear and to listen. What is needed to be heard and listened to? An inner voice? The voice of the heart? A calling? The Dharma teachings? The voice of life? Listen to the vows? Precepts?

I think to be obedient is a quality of receiving, a 'yin' quality. Instead of taking action, doing, reaching for goals in life, putting one's own desires central in life... instead of leading by one's strong will, trying to listen to what life is asking from you.

Obedience asks me to temper my ego and everything I think I know about the world around me. The rituals in zen practice, the prostrations in the Pureland services, they all help me to exercise a more obedient attitude, to learn, to listen again, to hear the sacred again. To be less occupied with the self and be open and willing to serve what the moment is asking.

I suppose the spirit of obedience in the monastery of the past must have been quite tough. It seems they were still living with an image of a God they were afraid of. Not a kind of atmosphere I am longing for.

The window of Maria Magdalena seems to tell that a more female spirit has taken over in this monastery. According to the Gospel of Maria Magdalena she was the favourite disciple of Jesus - a spiritual Gnostic gospel completely different from the gospels in the bible. She is not the woman I immediately bring in mind when I talk about obedience.

I think her spirit has truly survived in this monastery. Most of the women who are living here, have quite a spiritual interest and they organise all kinds of workshops. The atmosphere is creative, and spiritual in very liberated way.

This new community life here all started in the 80s when a group of people squatted in this building, but that is another story and not one about obedience...

I still wonder what Gautama Buddha would have said about obedience, what Buddhism is saying about obedience. Maybe a good question, for 'Questions in the Sand?' 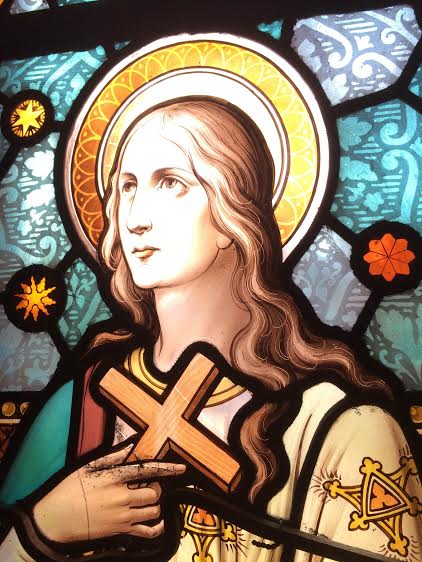 Thank-you Elja. I think you're on to something with obedience being the willingness to hear and to listen to what life is asking of you. For me, oral history is a big dharma lesson. To engage in oral history means to humble yourself to the person who is telling their story. The gift is mutual. They are giving their story and you are opening yourself to that story. So perhaps obedience comes from within. 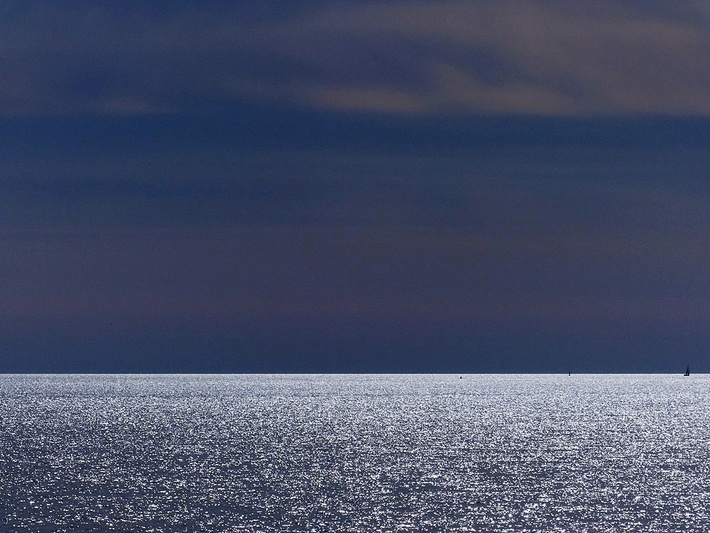 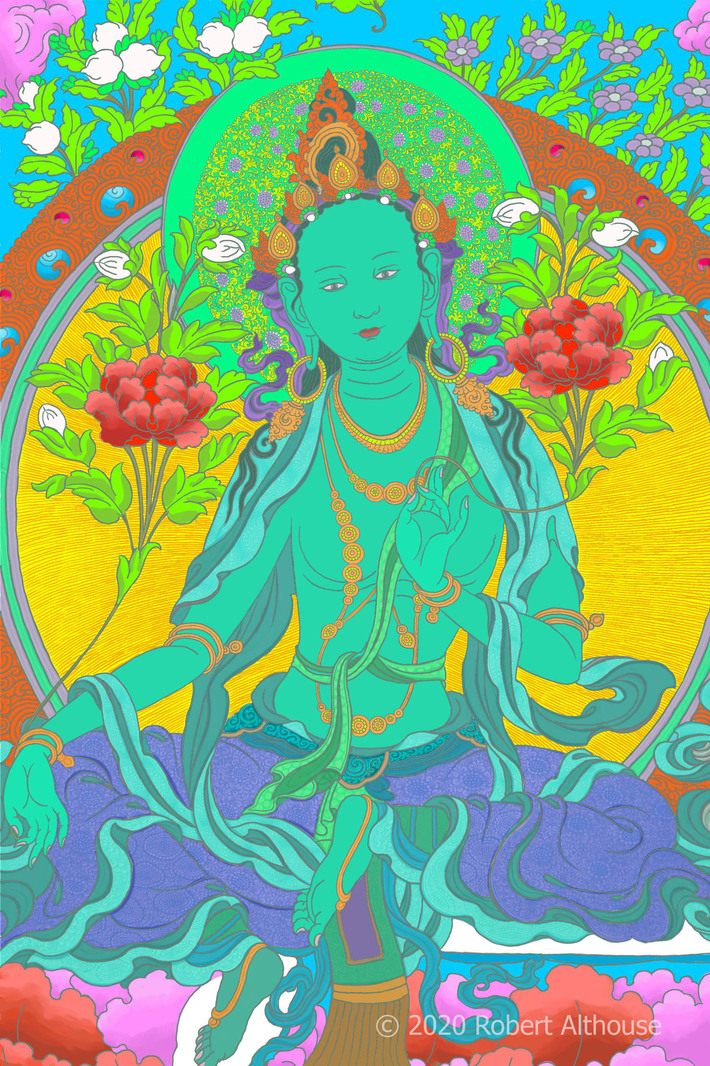