I AM A RELIGIOUS BUDDHIST

Afterwards, I reflected that they would probably have made a more determined effort to convert me if I had answered the first question differently.  The person without religion is in a more vulnerable position and soon likely to admit to some uncertainty and anxiety. I also thought about why I had had no hesitation in answering the question as I did.  Many people who identify with Buddhism these days do not identify with religion.  What is the real point at issue here?

The fundamental definition of religion is that it is a system of thought, philosophy, culture and practice within which the core element is a distinction between the mundane and the sacred.  We could also term these poles the finite and the infinite, the conditioned and the unconditioned, the here-and-now and the eternal-beyond, the mortal and the deathless, or any other parallel set of terms. In the West they have come to take on the form of the mortal and the divine.

On this definition, secular or philosophical Buddhism is not really a religion because it lacks a sense of the beyond.  It is Buddhism minus nirvana.  If you had asked Shakyamuni about this, however, he would surely have said that Dharma without nirvana is not Dharma.  It is like a one legged man or a one wheel bicycle - it is a precarious balancing act that easily tumbles without the application of unwearying vigilance, contortion or extra props.

According to secular Buddhism, only the here and now exists, the only benefits available are mundane ones, and the only way to proceed is with the pursuit of this-worldly results.  This type of thinking is considered progressive.  However, it is fragile.  Those following such an approach, if they do so in a serious rather than dilettante manner, are liable to get burnt out, because this-worldly goals offer no permanent succour, no real solution: they are just more of the same. Many “modern” people find this very difficult to grasp. Consequently they never escape from their stress and anguish. They set up a goal of this worldly perfection and then come unstuck because there is no such perfection here to be had.

The original teaching - the Dharma - aimed at salvation from this world while within it, not mere transient happiness or pleasure.  Happiness within it might often be a spin off, but was incidental to the original purpose.  Nor is Dharma really about self-development.  Again, a good deal of character reform may well occur as a spin off - sila and samadhi develop from prajña - but the core is right view and right view is lokavid, the ability to see beyond.  We might like the idea of perfecting ourselves, but we all remain bombu.

Bhikshus, before my awakening, while I was still only an unawakened bodhisattva,

Then, bhikshus, I thought thus:

If we recouch this in Pureland terms we get:

Then I thought, why do I do this?

At a philosophical level, secular Buddhism is propped up by the wooden leg of non-duality.  A great deal is made of this notion, but it is quite clear here that the Buddha has a critically important duality in mind, namely that between the being who is limited by birth, sickness, death, sorrow and defilement on the one hand and, on the other, the unborn, the deathless, that which is not subject to sickness, sorrow and defilement. In the Dharma of Buddha, not everything is impermanent.

This is the same distinction as that between the bombu being and Amida.  Buddhism occurs when the limited being reaches out to the limitless, the finite to the infinite, the measured to the immeasurable.

Such calling is nembutsu. “Namo Amida Bu”.  Then, amazingly, it comes to you. This is the meaning of Tathagata (Nyorai, in Japanese).

This is religious consciousness giving rise to a religious act with a spiritual result - the religious act that is the core of all true religion, whatever the names or terminology may be, and the result that is the reason why religious movements have had such influence and sway in human affairs.

As long as one, a mundane being, continues to call out only for an improved  mundanity, one has not grasped the Dharma nor been grasped by it and so one does not get the result.

Only when, as a mundane being, one nonetheless calls out to what is ultimately sublime, beyond this tawdry sphere, does one grasp at the real Dharma and create the condition within which one can be grasped by it.  This is why it is important not to be ashamed to be religious.  Without religious consciousness one is eternally vulnerable and lost because, however much effort one makes, one is still dependent upon things that are as vulnerable, impermanent and unreliable as oneself.

Buddha said that few would be able to get this.  He was right, but there are some with but little dust in their eyes.  Don’t let them waste for want of the Dharma.

For me personally, it makes complete sense.  Even if I were the only person left on the planet who saw this, it would still deeply satisfy.  Furthermore, it is what Shakyamuni taught.  This is original Buddhism and universal Dharma.

If Jodo Shu is “Please” and Shin Shu is “Thank You” then Amida Shu is Please and Thank You together, the complete set of cosmic good manners. Learn these good manners and use them on all occasions. Then you will be welcomed to the feast where all the Buddhas dine.

Wonderful, thank you! So true and this does bring it back to your book, Buddhism Is A Religion: You Can Believe It and also your book, Not Everything Is Impermanent. This part of what you just wrote is something I notice more and more of, as the culture of mindfulness (or McMindfulness) fully takes hold:

"Many 'modern' people find this very difficult to grasp. Consequently they never escape from their stress and anguish. They set up a goal of this worldly perfection and then come unstuck because there is no such perfection here to be had."

It seems, in the rush to run from anything that smacks of religion, self-improvement or seeking to make perfect what can never be perfect, is what emerges as the new "religion."

And it is necessary to add to my comment that the new "religion" is an ignorant, yet understandable, belief in self power. And, by the very nature of not having a self that is unchanging and permanent, the belief in self power and self-improvement will end up destroying whatever peace was gained in an effort to run from religion.

I am currently at a conference of oceanographers in the USA, and was very happy to take part in a session today on meditation led by two of our colleagues who have some personal experience with this practice. Many people participated - probably several hundred. After doing a brief guided meditation, the organizers took questions. There were some good discussions about how removing ego from our work could be immensely helpful, which I think most everyone present completely agreed with. One audience member also asked the organizers whether they were practising Buddhists. One answered to the affirmative, but then went on to say that he did not believe Buddhism to be a religion, despite adhering to the rituals and vows of Buddhism. He said something along the lines of that he believed it to be a useful set of psychological techniques, and nothing more. I felt somewhat unsatisfied by this statement, and so was glad to happen upon this posting which has given me a lot of food for thought. Thank you for this. 南無阿彌陀佛. 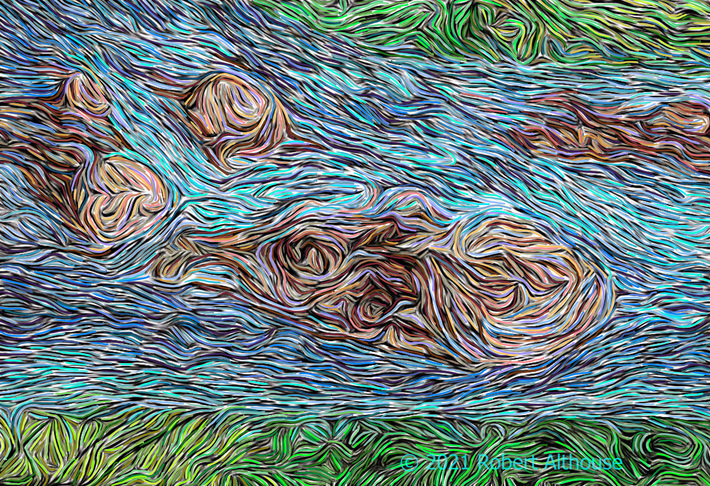