The Amida Order is a Buddhist religious order practising nembutsu. It is Buddhism in the Pureland style emphasising the relation between the ordinary person - fallible, vulnerable, mortal - and the Buddhas. There is an associated congregation, Amida Shu, or Amida School. The Order has both ordained and lay members in Britain, Belgium, Netherlands, France, Spain, Israel, India, Australia, Hawaii and Canada. Members of the Order have set up organisations and centres in a number of these countries. The symbol of Amida Shu shows the sun partially hidden behind clouds, symbolising our imperfect perception of spiritual truth.

You can see key documents relevant to Amida Shu here. 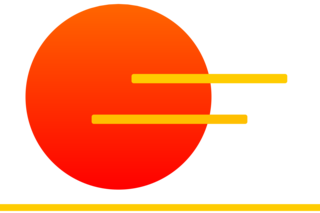 The Amida School: Doctrine & Mission
1. The Amida Shu is a form of original Buddhism, affirming the trikaya nature of Buddha, the bombu nature of the adherent and the primacy of taking refuge, especially by reciting the nembutsu, among Buddhist practices.
2. The Amida Shu is a sangha, understood to be a communion of persons practising faith in Amida, Buddha, Dharma, Sangha and Pure Land.
3. The Amida Shu is led by the Amida Order. The Amida Order is a fellowship of immediate and descendent disciples of its teacher, head and founder.
4. The Amida Order consists of members of Amida Shu who take responsibility for the practical and spiritual affairs of the community, offer spiritual example and leadership, and practise humility and co-operation, under authority when appropriate, following the guiding power of all Buddhas, and especially of Buddha Amida, the Buddha of all acceptance, in whose vows we place our faith.
5. In the Amida Shu there is to be no discrimination on the basis of sex, race, age, sexual orientation or worldly status except as is necessary to protect the young and vulnerable.
6. The Amida Shu recognises the value of all Buddhist canonical texts and commentaries, regards none as infallible, and gives special attention to the Three Pure Land Sutras, together with the Lotus and Pratyutpanna Samadhi Sutras.
7. Ethics:
(a) The Amida Shu respects the Buddhist ethical tradition and applies it to society as well as to the individual. The social stance of Amida Shu is set out in the document “Amida Shu: Social and Religious Manifesto”. (b) Members of Amida Shu are encouraged to follow lifestyles compatible with these ideals and aims. We hold to the vision of the Pure Land here and hereafter. (c) Meat, alcohol, weapons and non-medical mind-altering drugs shall not be allowed in premises under the control of the Amida Shu, nor in any meeting or event over which Amida Shu has control or jurisdiction.
8. The Amida Shu reveres Amida Buddha, Shakyamuni Buddha, Maitreya Buddha and all Buddhas of wisdom and compassion together with Quan Shi Yin, Tai Shi Chi and all the other great bodhisattva saviours and exemplars.
9. The Amida Shu honours all Buddhist sages and ancestors of all schools and particularly reveres the sages Shan Tao and Honen, their teachers and disciples.
10. Mission: The mission of the Amida Shu is to foster Buddhist faith and its application for the spiritual, social, psychological and practical benefit of all sentient beings, individually and collectively, past, present and future, here and hereafter.
11. Within the Amida School there is established the Order of Amida Buddha, also termed the Amida Order for short. All members of the Order are members of the Shu. Where membership of the Shu is a declaration of and commitment to faith and practice, membership of the Order is a commitment, lifelong in intent, to mutual support of other Order members through the vicissitudes of life that the Order may collectively serve the School and its mission. Shu members are practitioners and faith followers. Order members are Shu members who take responsibility for organising and conducting the affairs of the Amida community.

We are pleased to share with you the good news that 11 women, who have been throughout the preceding years students in Vimalashri`s Dharma study groups, took the refuges last month.

The event took place during a 2 days retreat on the subject of enlightenment. The retreat was led by Vimalashri and Pundarika. 36 participants attended. According to feedbacks we received it was very successful. Many of the participants were moved and felt they were contributed. It included Nei Quan Practice, chanting and Dharma Talks (Vimalashri spoke of Honen`s life and teaching carreer).

One of the "high moments" was the taking of the refuge ceremony. Eleven women took the 3 refuges, each of them separately (while all other participants act as witnesses). In addition, all of us (including both Pundarika and Vimalashri) took together refuges in Amida and the PureLand.

Both of us (Pundarika and Vimalashri) dedicated much thought and efforts before this event, this in order to make this event respected and (as much as possible for bombus like us) in the spirit of Amida`s love and wisdom. We were translating and adapting the ceremony into Hebrew, trying to think of all the small details including the shrine, certificates and a small present made by Pundarika. We remembered quite well the setting of the room in the ceremonies at the Buddhist House, in Amida France (now Eleusis) and in Oxford, where we took part in the past, and tried to convey, as best as we could, the formal however very free and warm atmosphere.

Throughout the whole process, our dear mentor Acharya Sujatin has been supporting us in every question, request and advice needed. We appreciate so much her help and spiritual support, and feel grateful for her generosity and for being present with us during the process.

Those who took the refuges in this event said it was highly meaningful and moving for them. One of them started to cry while taking her refuges. For others, the voice trembled while reciting, after the celebrant, the refuges.

In addition, Pundarika and one of our community members are running now a chanting group, which meets approximately once a month (Saturdays late afternoon) for two hours of chanting & quiet sitting (intermittently). It is also quite successful, in many of the meeting 10-15 participants are present.

Although we have not taken part in Amida Order activities in Europe and GB lately, we feel very much connected to you all and to the Order. You are in our thoughts and hearts. We miss you all, and hope to meet each one of you soon.

Thank you,
Namo Amida Bu
Much love
Pundarika and Vimalashri