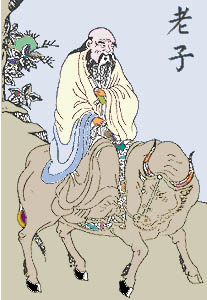 Old Chinese is very succinct and therefore, to an extent, ambiguous. Several other ways in which you could understand the Chinese are as follows.
1. If everyone takes something as beautiful, that in itself makes it ugly.
2. If everyone thinks something beautiful, you can be sure it is ugly.
3. As soon as people start calling things, beautiful, the idea of ugliness comes into the world

This section introduces us to one of the basic principles of Taoist philosophy. Although simple, it has a number of different nuances or implications that are reflected in the possible renderings of the Chinese given above.

The main point, brought out in my rendering, is that the Taoist philosophy suggests that judgements of goodness, beauty, status and so on are unwise. The worldly world has everything graded and measured on vertical scales, but the Tao is not like that. This does not mean that there is no beauty or goodness. It means that comparison is invidious. The sage does not make comparisons of this kind.

The book of Tao suggests that true beauty and true kindness are rare and difficult to recognise, but if you do recognise them, keep it to yourself. These are mysteries. Common ideas are not be be trusted, so don't be taken in by them, but don't get upset about them either. The sage sees that if everybody thinks something, then it is probably wrong, and even if it is not wrong now, it soon will be, so he is not seduced by popularity, but, on the other hand, since he is concerned for the good of the people, he does not stir up conflict about it either. Popular judgements are likely to stir trouble enough..

This is not just about the nature of popular taste. We can acknowledge that judging things by popularity tends toward mediocrity. However, the Tao Te Ching is suggesting more, namely that the very fact of the mass of people coming to an opinion about something itself brings the opposite into being. If everybody suddenly decided that blue was the best colour, the implication would be that all other colours are second rate. So singling something out for special praise devalues everything else. The net effect is to create more dissatisfaction than satisfaction.

The same is true with honouring people. By making one person special, all other people are demoted. Therefore the sage avoids such honours, or, if he receives them, does not put much store by them. There are many Taoist stories about great sages being asked by the emperor to come to the capital and become great figures in the realm and the sage saying that he would be happier staying at home and tending his vegetable patch. Of course, although these stories make their point, in actual history, many Taoist's did take government office and become mixed up in imperial politics, but humans are human.

So the idea here is that yin and yang create each other. Whenever something is stretched, something shrinks. The world is like a complex of seesaws - if one end goes up the other goes down.

These are fairly clear philosophical points, but they are also practical maxims. When something is asserted, it is often valuable to consider the converse that is being hidden. This relates also to the maxim that whatever is standing forth in one time will pass in due course.

The Book of Tao has quite a lot of application to politics. In the political domain, what is in favour now will probably give way to its opposite in due course. It is well-known that those wishing to start a revolution will provoke the authorities in the hope of getting an over-reaction which, even though it oppresses the revolutionaries in the short run, will, in due course lead to more people joining the revolution.

On the other hand, there is also an implicit design principle here: always build in both sides of any antimony. In a garden, don't just have tall plants - it will look much more harmonious with a mixture of tall and short. In a house, have some big rooms and some small ones. In an organisation there is bound to be a hierarchy of some kind, but it is important to recognise that the humble roles are just as much part of the whole scheme as the illustrious ones. The last line, as well as being an obvious truism, also has relevance to an army - the troops at the front depend upon the troops behind.

So an aspect of this teaching is that everything has an appropriate place at any given point in time, and apparent opposites depend upon one another, but also that things will inevitably change in time, so beware of one sided views and avoid adding to them.

So it seems from what you are saying here that the Tao is a kind of dialectic. It's describing a swinging between two poles and it would be unwise to focus on one or the other since they both are in the process of creating each other. Seems like a wonderful way to appreciate patterns of movement without fixating on any one point apart from the larger pattern.

Yes, though the sage returns to the yin when the work (yang) is done.  The sage identifies with the yin position, but is willing to go forth into the yang when (but only as long as is) necessary.