TALMUDIC DHARMA: Four in the Orchard

This morning as we had a delicious drawn out breakfast here in Petach Tikwa near Tal Aviv, a massive thunder storm developed lashing the building with wind and rain.  Vimala shared with us a story from the Talmud that has provoked many different inte

NEMBUTSU VERSES: Food for the heart

changeable as the weather.

THE LOGIC OF SEX AND ITS PITFALLS

WHAT IS IT FOR?

For simplicity, we could say that sex functions at three levels.  The primary function of sex is reproduction.  Here the motive for courting and then having sex is to beget a baby.  If that were all there were to it, then presumably h

My mother, Irene Brazier (1922-2004), was a lover of gardens. In her life she made many and admired many more. She believed in the harmony that arises when people work in co-operation with natural forces. She was a practical woman. Work was important

THE QUESTION OF EXCLUSIVISM: Amidism is not monotheism

For some people, I notice, Amidism is close to being a monotheism. We come from a culture where monotheism has dominated for a couple of thousand years and wars have been fought over which is the correct monotheistic deity and even over fine points

Based on a talk given at Quaker Concern for Animals, May 2005

by David Brazier (aka Dharmavidya)

Buddhism offers a religious vision at three levels. At the ultim

CREATING A NEW FOREST IN SCOTLAND

Creating a new forest in Scotland

Forest is a key issue in sustaining life on Earth.  At this time, forests are being destroyed i

Reprinted from the Network of Buddhist Organisations circulation:

Dear friends. This is just to let you know about an event planned for February; a day of workshops, dialogue and talks exploring the Buddhist response to climate emergency. Please use
Read more…
Started by Dharmavidya

In my Dharma talk today I suggested that we are now in the fourth age of the Dharma. In the first age of the Dharma Buddha Shakyamuni was still in this world or had recently passed away and people became enlightened by direct encounter with him or wi

In both turning away and turning toward the element of faith is of crucial importance. Without it the turning does not complete because, panicking inside, we cling on to our old ways. In the case of turning away, one might arrive at th

Paravritti, turning back, is negation.  To turn back or let go is to negate something that was previously considered important.

Western people are often puzzled by the way that Buddhist teachings are often framed in the negative form. W

In the approach known now as Insight Meditation, there are two phases to practise. The first is to calm the mind and the second is “looking into the true nature of things as they are”. In other words, calm is a basis for the developm

PERFORMING THE RITUAL OF LIFE

This article is published by Tricycle magazine at

The bodhisattva, having turned back, lives life as a gift, not a trade, in mercy rather than justice.

Shan Tao talks about The Three Minds - Sincere mind, Deep Mind and Mind that Transfers Merit for Ojo. Ojo means birth in the presence of Buddha. Because of the Christian association, one might flinch from the idea of being a “born again Buddhist”, b

Today I did some weeding and also extended the garden path as far as the buried wood mound. 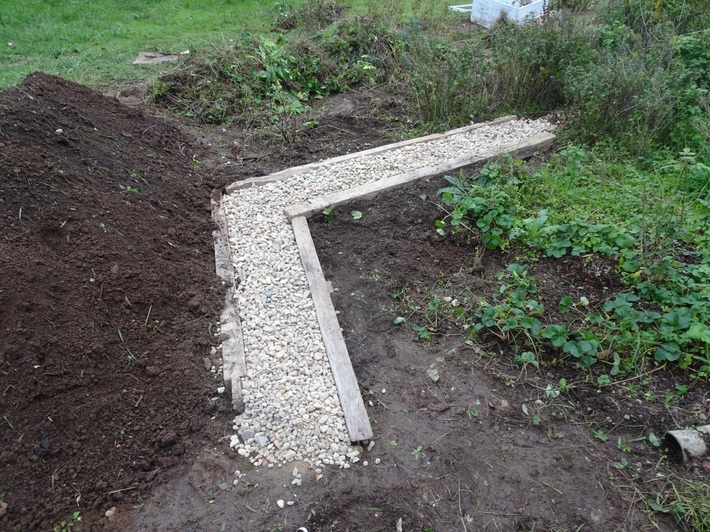 In the life of Sidhartha Gotama who became Shakyamuni Buddha, there are two great turning points. Both are instances of paravritti, of turning back.

THE FIRST GOING FORTH

The first of these is the occasion of his leaving home. We are to

Read more…
Started by Dharmavidya
First Previous of 50 Next