La Ville au Roi (Eleusis) is a site for David Brazier, (Buddhist name Dharmavidya), and his friends, readers, colleagues, students and interested others to discuss and share news, views and information relating to work and thought on the secrets of the spiritual life - everything from dream work to politics, spirituality to cookery, existentialism to growing roses, eastern wisdom to modern relationships, and so on. It also carries news and information of the place in France where he lives.

The true secret of Eleusis is .. this very experience, this moment when one plunges into the completely other, this discovery of an unknown dimension of existence" ~ Pierre Hadot

The Network: La Ville au Roi (Eleusis) has become a network of people interested in the connections between personal experience, Buddhism, Taoism, classical philosophy, psychology and life in the contemporary world. 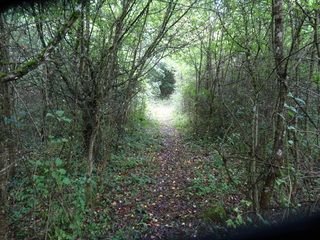 The Place: La Ville au Roi is the historic name of Dharmavidya's hermitage, deep in the French countryside in an area of forests, rivers and villages. The buildings and facilities are relatively primitive. The term Eleusis alludes to the spiritual traditions of the classical world. The philosophy here draws upon East and West, remythologising, deepening and broadening our appreciation of the dynamic of life in tune with the natural seasons. La Ville au Roi lies in an area off the beaten track, a refuge, retreat and place of peace and replenishment. 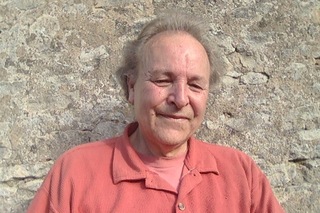 David Brazier is a living Buddhist master who has been described as ‘a great blessing for our age’ by philosopher Mary Midgley and as a ‘second Honen Shonin’ by Sensei Adachi senior. A spiritual child prodigy, he went on to study all the major branches of Buddhism and is extensively accomplished in its many methods. He is a doctor of philosophy and authority on Buddhist psychology,  head of the Amida Order of Pureland Buddhism and president of the International Zen Therapy Institute. His many writings include a dozen books on Buddhism, psychology and culture and his often unconventional views challenge the seeker to look deeper. Here at La Ville au Roi he lives a simple, spiritual life in semi-retreat, close to nature, writes, and responds to disciples and enquirers. His root teachers have been in Japanese Zen and Pureland Buddhism. He has also studied Thai, Tibetan, Burmese and Vietnamese forms, and he has a deep respect for the mystery paths of all religious traditions. In the past he has been involved in many community development, mental health and educational initiatives, especially in Britain, Bosnia, and India and has been in a number of the world’s crisis spots. He teaches on programmes in Asia and the Americas as well as in Europe and on-line.

Contact: It is possible to visit by prior arrangement. One to one on-line (skype/facetime/zoom) sessions can  sometimes be arranged. For e-mail: join the site and use the messaging facility.