We are all dismayed by the events in Paris. Yet, have we been equally dismayed by the daily events in the Middle East where our own governments are dropping bombs? I am deeply sympathetic to the French people affected by the recent violence. I am deeply sympathetic to the people in Syria, in Iraq, in Afghanistan and in the whole Middle East Region. I understand why there is hatred. I understand why people want to kill. However, killing more and more will not bring the killing to an end. Only restraint, understanding, wisdom and compassion will do that. 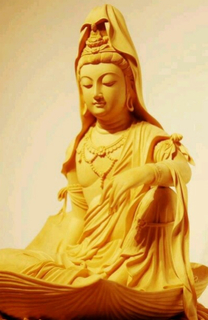 We are caught up in a tit-for-tat world and each retaliation only provokes more of the same. Every bomb we drop generates a new group of people who hate us. Every atrocity increases the likelihood of more. It is like fire spreading. Let us all pray for restraint and ask wisdom of our leaders.

Who are Islamic State? They are basically the Sunni Muslims who were driven out of power by the invasion of Iraq. Since we invaded their country, do we expect them to be our friends? They have been more successful than was expected in establishing a new proto-state by becoming the most effective element in the opposition to the Assad government in Syria, but were not our own governments also supportive of that opposition? In effect, there is a civil war going on in the Middle East, mostly between Sunni and Shia Moslems. The West has changed sides several times in its interference in this regional conflict. Sometimes it is anti-Iran and therefore anti-Shia, then it is establishing a Shia government in Iraq and so being anti-Sunni, then it is opposing Assad and being anti-Shia again, then it is dropping bombs on the most effective anti-Assad faction and becoming anti-Sunni again. It is difficult to escape the impression that the basic logic of Western policy is to keep changing sides frequently so as to generate the maximum amount of chaos and ensure that nobody in the Middle East ever become powerful enough to establish peace and order and become a rival to Western interests. If we carry on like this, what can we expect? Do we think that exporting chaos, destruction and death to a whole region is never going to come home? And now that some of it is coming home, do we think that we can re-stabilise the situation by escalating the strategy that is responsible for the trouble in the first place?

If we go on like this we can only expect the situation to worsen, both in the Middle East and in Europe. No analyst I have read thinks that Islamic State can be destroyed by bombing alone, even if this were desirable, and no Western country seems likely to commit ground troops, so why are we fighting a war we cannot win? Apart from the horror of the killing involved, it makes little or no political sense. The only power that is at all likely ever to commit ground troops to the defeat of Islamic State is Turkey and the expansion of Turkey in the region would probably only lead to sudden, startled Western suspicion of Turkish intentions and a new arena of conflict. Perhaps the whole region will be carved up by Turkey and Iran. It has happened before.

Alternatively, there will be ever increasing fragmentation, chaos and killing. In the short run we need restraint, but I am pessimistic. The tit-for-tat may continue to escalate. If it does we shall lose civil rights, become paranoid, elect extremist governments and much that has been achieved in Europe in the past generation will be lost. I hope this pessimism is unfounded. All spiritual people should now be urging restraint. Many are doing so. Let us pray that wise voices prevail.

Of course, all this is also a reflection upon the "dark" or "shadow" side of human nature. I think spiritual practice must involve us in a facing and integration of that shadow side. This is why the benevolent and gracious bodhisattvas all have their "wrathful aspect" and corresponding dark figures and why Vajrayogini, for instance, is depicted drinking from a skull full of blood.

I guess that the truth is that different people (in power) have different motivations and what emerges is generally some composite or comprimise between different positions. We do not like the idea that it may be an actual aim of at least some to maintain a state of chaos, but this was the conclusion of an in-depth analysis that i read, interestingly written by an American. Sometimes it is seen to be in the national interest of a country to keep another group in a state of chaos because in that way one avoids having to confront a powerful opponent. Even in the Parinirvana Sutta we see the Buddha being consulted by a politician who asks if a certain country can be conquered and the Buddha basically replies "Not while they are in good heart" and the politician goes away determined to try to undermine the good heart of the country he wants to attack and to spread chaos and consternation in the ranks of the enemy. This is a long established method of politics and certainly much practised. Of course, politicians, especially in democratic countries, can never admit that this is their aim, but much of what politicians feel they have say to the public, especially on matters of foreign affairs, is window dressing. I take it that if a country has the power to do things and if it is evident what the result is then one has to, broadly, take it that that result was what was intended, even if it was not admitted.

it is indeed most difficult to have a clear view of the present situation. I appreciate your analysis. however it seems that we have to take into account all the causes and conditions on all sides avoiding the pit of our own western sense of guilt.I don't think western policy is to bring chaos and destruction, but one must admit that even the most praiseworthy motivations can bring disastrous results. This is the main problem of "interference"

Thank you, Mo. Yes, it is a complex situation politically, but the basic principles are simple enough and were set out clearly by the Buddha. We must all try not to lose our nerve at times like this. Much appreciation.

Comment by Mo Henderson on November 16, 2015 at 16:54
Thank you for your articulate account of the situation we all face in the world today. I found your article very helpful and informative. Here in France I sense an element of despair, shock and helplessness in many and confusion about knowing how to help.
On an individual level restraint, understanding, wisdom and compassion may become veiled in the face of fear and mistrust of our fellow human beings. This is a time for being extra vigilant in staying unveiled from emotional attachment in order to express heartfelt compassion to stop the suffering and as you say pray for our leaders to use restraint. _/\_