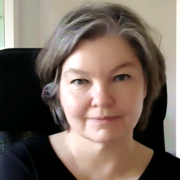 We are at the beginning of a new semester, a new term, and so I would like to take the time and perhaps make a slightly longer podcast to set out the basics of the Buddhis message.The Buddha taught Four Truths:I - DukkhaThe first of these was the…
See More

"Yes, I used to love Trungpa when I studied with him many many years ago." 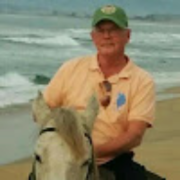 "Reminds me of 30 years ago with Trungpa's space awareness effort
https://www.karmecholing.org/program?id=6600 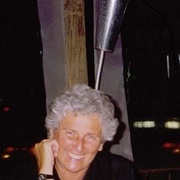 Canadian geese passing by my window...on the placid lake I see every day, and love it.Yaya in Burlington Ontario
See More
0

Originally posted by Dharmavidya on August 10, 2016


One of the things that we observe here at La Ville au Roi (Eleusis) is the therapeutic effect of people simply having space. Modern people experience life as rather crowded. They feel under…
See More 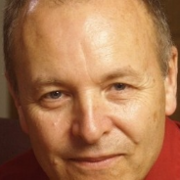 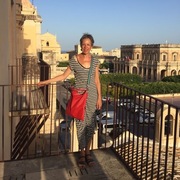 "Poem by Dharmavidya with Italian translation below
Namo Amida Bu!

The commentator full of passion speaks
as self-appointed spokesman for them all
“The Afghan people have been rightly promised
that precious gift, a…" 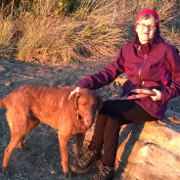 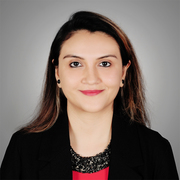 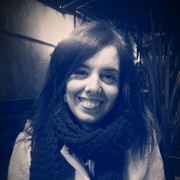 "Beautiful pictures!! I am so glad to know you have had the opportunity to rest on the coast, surrounded by such a natural beauty!!
Namo Amida Bu"
More…
Loading ...

Regard all things with amazement, admiration and sympathy. Study the beauty and forms of nature. Meet adverse occurrences with equanimity. Know that all that is manifest is remarkable, yet even the most fine and beautiful shall also pass away.

Do your best to be plain and straightforward, sincere in what you say and do. Although social situations can be complex and confused, stay in touch with what is truthful, real and fundamental.

Be relaxed and walk gently upon the earth. Although one adore and worship high ideals, it is vital to remain aware of one’s own frailty and limitations. Nobody is perfect. Knowing oneself one can empathise with others.

Value both solitude and amicable company. A person who can stand on his own feet can be a friend to the world. Help those in need. Be respectful, hospitable and open handed, like the good inn keeper who welcomes guests and also wishes them well when they depart.

While living and working in the material world of causes and conditions. always bear in mind the beyond, the spirit of the sages, the unconditional, the deathless. Let it enlarge your heart and mind with the blessing of infinite peace.

David Brazier, PhD, Buddhist name Dharmavidya, leader of Global Sangha, author of more than a dozen books, authority on Buddhist psychology, was born in England in 1947 and lived in Cyprus as a child, where he had a number of guiding spiritual experiences,  In adolescence he discovered Buddhism and went on to study with teachers in several of the main branches of Buddhism including Nai Boonman (Shamatha), Chogyam Trungpa (Kargyupa), Jiyu Kennett Roshi (Soto Zen), and Thich Nhat Hanh (Vietnamese Zen).  He was described as "a great blessing for our age" by the philosopher Mary Midgley and as a "second Honen Shonin" by Sensei Adachi senior (Jodo) and was asked by Saiko Gisho Sensei (Shinshu) to take the Pure Land teachings to the West. The Dharma he teaches is thus primarily Pure Land, yet from a broad and inclusive perspective. In the mid-1990s he founded the Amida Order and was its head until the founding of Global Sangha in 2020.

In the past he has been involved in many community development, mental health and educational initiatives, especially in Britain, Bosnia, and India and has been in a number of the world’s crisis spots.

His many writings include a dozen books on Buddhism, psychology and culture, among which: Zen Therapy, The Feeling Buddha,  Authentic Life, and, most recently The Dark Side of the Mirror: Forgetting the self in Dogen's Genjo Koan.

Here at La Ville au Roi he lives in semi-retreat, close to nature, writes, makes podcasts, holds on-line sessions and receives disciples and enquirers from many parts of the world.

Global Sangha is an international network of people following the teachings of Dharmavidya David Brazier and Dharma teachers associated with his approach. Other teachers recognised by Global Sangha include:

Rafael Redondo Barba, leader of the North Wind Sangha based in Bilbao in northern Spain. His approach based on Zen meditation transcends particular religions.

Ganendra Oscar Martinez leads a sangha based in Vittoria in northern Spain.  His approach combines Pureland and mindfulness.

Eleusis is a hermitage at La Ville au Roi in central France set deep in the countryside in an area of forests, rivers and villages. The buildings and facilities are relatively primitive. The term Eleusis alludes to the spiritual traditions of the classical world. The philosophy here draws upon East and West, remythologising, deepening and broadening our appreciation of the dynamic of life in tune with the natural seasons. La Ville au Roi lies in an area off the beaten track, a refuge, retreat and place of peace and replenishment.