In Germany this is called hugelkultur. You can look it up on the web. It is a way of making a garden bed that is relatively drought resistant, by burying wood. The wood rots and becomes a sponge which retains water. It can be done on a big scale if you have machinery. Mine is a miniature version, within my capability. This idea appeals to me because here in central France we have a lot of rain in the winter and spring but a period of drought most summers. Furthermore, there is forest on the land here, so the wood is at hand.I made three of these beds early this year and they worked, so I decided to build another one now ready for next year. It is a good idea to make them at this time of year as they will then benefit from the winter and spring rains to charge them up. Year on year you can add more wood and earth so that the scale increases. 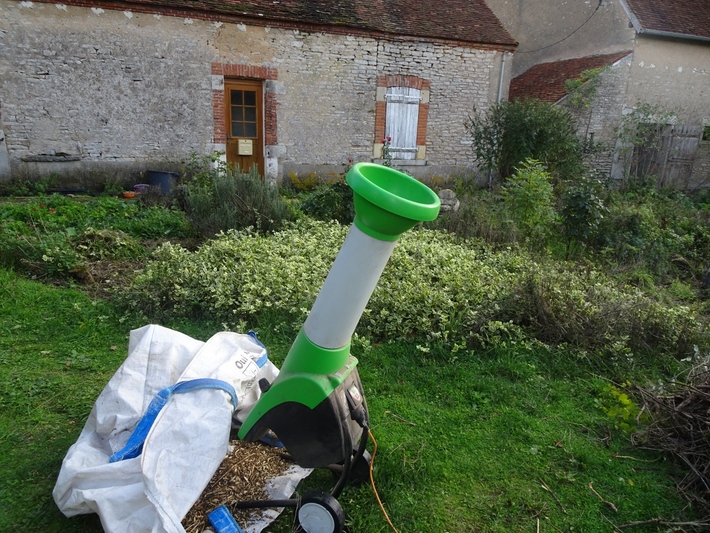 Below I'll take you through what I have done over the last couple of weeks. I selected a piece of ground that had become overgrown with bramble and the first big job was to clear the ground. The bramble then all went through the shredder to make mulch. 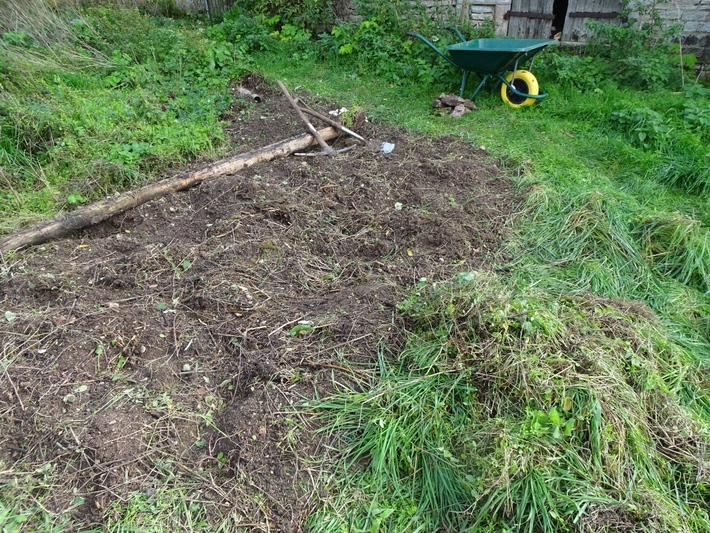 So I got the ground cleared. 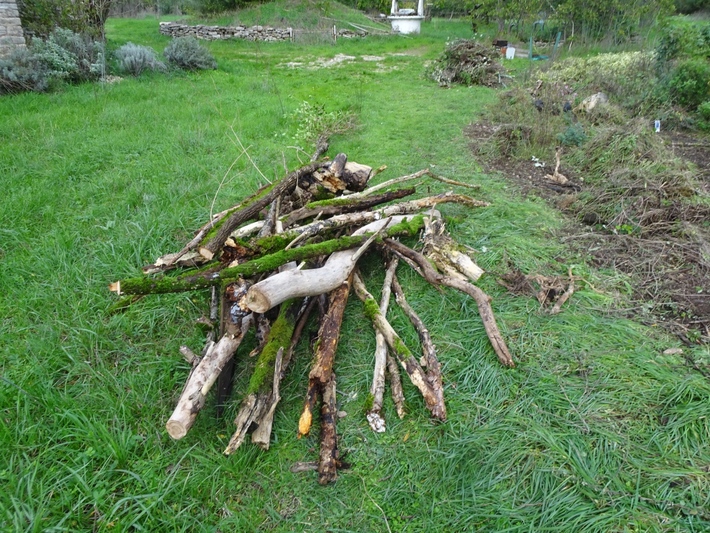 I was going to need a supply of wood, so I went to the forest. I felled one dead tree, cut it in sections and brought it back. I also gathered a lot of fallings from the forest floor. Since all this wood is going to rot anyway I was not worried about the fact that some of what I was collecting was already beginning to degenerate. I spent a day bringing back my collection and making a heap of it close to where I had cleared the ground. The next stage is to pull back the earth using a rake, or spade if necessary, so as to make a trench or depression. Then the wood goes into the trench and finally the wood gets covered with soil. For this I needed extra soil since the amount taken out to make the trench is nowhere near enough to cover the heap of wood. For one thing some soil drops down between the pieces of wood and for another, the surface growing area has effectively been doubled. If you imagine that a cross section of the final heap is roughly an equilateral triangle, the two sides of the heap together are going to be double the size of the base. So then I completely covered the wood with soil and then added some more soil so as to give the plants more depth for their roots. The depth that you need depends what you intend to grow, of course.

In due course I'll cover it with a layer of mulch so as to inhibit weed growth so as to make my work easier in the spring when I am ready to plant.