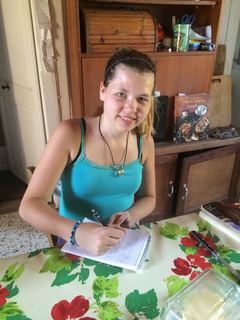 My name is Naomi. I am on a holiday here in France with my foster mother Elja. I will stay for three weeks. This is my first time here at Eleusis. I came by plane. It was also my first time in a plane and I went all by myself. That was quite exciting. When I was in the plane and the plane took off into the sky it was like a rollercoaster and I don't like rollercoasters, so that was scary. I was sitting deep down in the back of the chair, because we went up very fast. After a while I started to enjoy the flight. After one hour and a half we started to land. That was the fun part of the whole journey, because we went banking through a cloud! The view was very beautiful. When we finally landed it was very warm outside and Elja was waiting for me.

We went by taxi and train and another hour in the Car with David, so it was a long journey for me. But then I started to know super kind people and their names - Sol from Spain, Adam from England, Jan from Hawaii, David also from England and Yvette from Holland. I got immediately super nice food on my plate. It was pasta, but vegetarian. I did not know that vegetarian food could be so nice.

I am already tanning. And we eat more nice food, it was something with artichokes. It was the first time I had eaten this and it was super delicious and breakfast is also very sumptuous and nice.

They are all Buddhist here. Sometimes they have to meditate and do other things like chanting. I have done this too. At first I thought it was a bit strange and odd, but when you do this more often you get used to it.

We also went to friends of Elja and David to meditate and they have a swimming pool, so we had a a swim as well. There were two other kids too, a boy of 10 years old and a boy of 12 years old. We all played together in the water. Someone had to stand in the middle and try to catch the ball of the others. That was great fun. 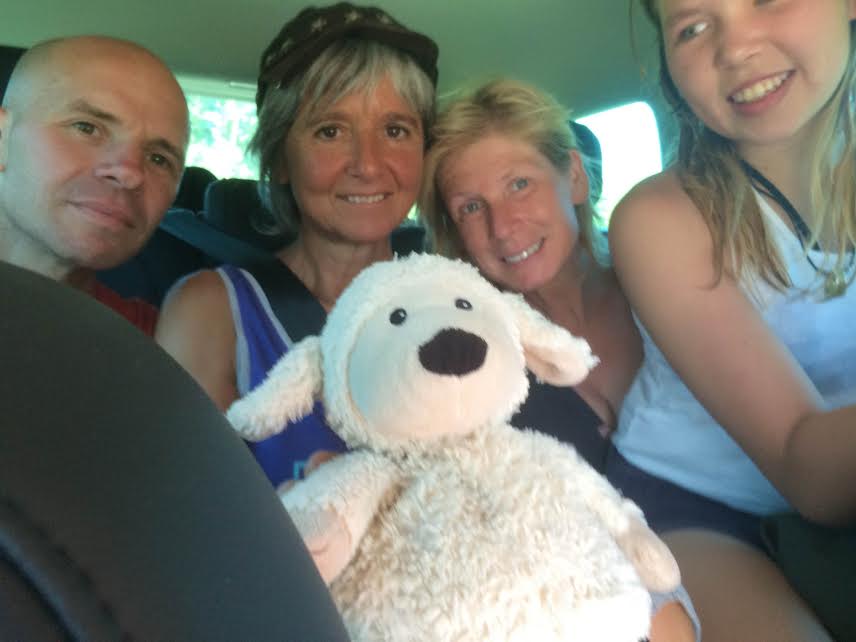 We went also to the market. And the day before yesterday we went to a lake for a swim, it was very nice water. When we traveld by car to the lake, with seven people, we had to stuff our selves into the car. Jan was sitting in the trunk of the car, and I was sitting on Yvette's lap. Yvette and I swam to the other side of the lake together. We had a nice picnic at the lake. Almost every day we make an evening walk. I like that very much.

Elja wanted to be a Buddhist priest, but now she wanted to be a Buddhist witch. She is making tea from herbs and rose peddles. I helped to pick the herbs. She is also making chutneys and jams. Elja has found a real witch pot and she took the broom and she said 'I am going to fly around the moon tonight'. I think it is better when she becomes a witch. That is less boring, because as a priest you have to sit quietly for quite a long time.I have also eaten risotto with stingy nettle. I thought it would be stinging in my mouth, but that is not true. 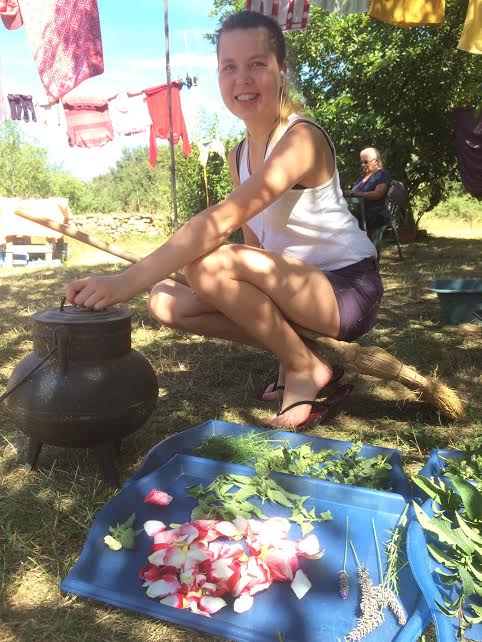